Home The Honourable Husband The International Day to Bite Me Subscribe
Do boyfriends make bad girlfriends?
There's no snob like a Kansai snob 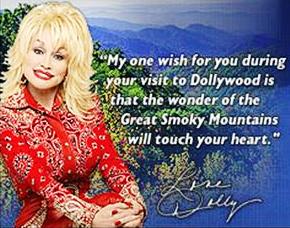 The story so far. Master Right and I are jet lagged. Our travelling companions--Senna and her girlfriend, the Goddess of Love--are on the rocks. Middle America just snubbed us at a gay B&B. We're standing in line at Dollywood, in Pigeon Forge, Tennessee. I have a boner the size of Frankfurt Airport.

Dolly keeps a low profile at Dollywood. No wonder. I mean, look at the woman and do the semiotic math. Everything about her screams sex. The pouty lips. The hussy hairdo. The left breast. The right breast. (I had to write it that way because they won't fit in the same sentence.)

To please a theme-park clientele, Dolly took her image to the vet and gave it the snip. Dollywood is neutered.

Nothing to remind an uptight middle-class Christian of the mess, indignity, and wicked pleasure in trying to make babies. Even the signs which warn pregnant women off the roller coasters, rather demurely, show a stork. By coincidence, I chose to wear a T-Shirt that day which made a rather different point. It earned me the odd double-take.

The sign for the Smoky Mountain River Rampage drew attention to one key fact. You WILL get wet!, it warned us. Certain parts could get wetter than others, the Master and I felt, and nearly excused ourselves to a private spot before the line started to move. 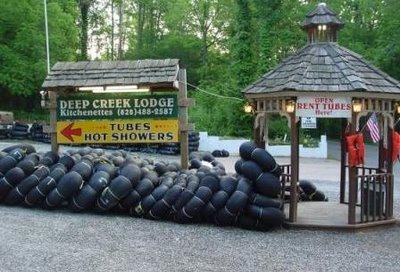 The theory behind the Smoky Mountain River Rampage. Photo taken near the Talullah Inn.

To enjoy the River Rampage, guests sit in a circular tub that floats on inner tubes. The inner tubes then whiz uncontrollably down a rapids, to the thrill and merriment of all concerned. You will get wet! We shared our tub with a clean-cut young father, who had dressed his toddler daughter in a bathing suit and floatation devices.

An over-cautious first-time parent? Nope. The ride soaked us to the skin. As we came to a stop, I turned to the young father. "Does your daughter speak English yet?" I asked him, quietly.

"She's learned a few words," he replied, a little confused. "Why do you ask?"

"Because it means I can't shout holy motherfucking Christ that water's cold! at the top of my lungs."

"Be careful how you use the Lord's name. Rapture's almost here. And you can lose the shirt. God bless. " He smiled and took his leave.

The Goddess announced: "My panties are all wet, and not in a good way." This provoked another exchange of meaningful glances between the girls.

If you had tuned in to their vibe, you'd have picked up quite a few snippets of low-level tension. Right and I were oblivious, too excited at our next stop. Some real gospel music.

Do you find men singing sexy? Singing together celebrates balls; the energy and gusto they give not just to our voices, but to our hearts and souls. For me, hearing a male chorus is like pouring myself a hearty cup of steaming, fresh testosterone. And dipping a doughnut in it.

If I closed my eyes, I could just about get that effect from the Kingdom Heirs. They billed themselves as a barbershop quartet who sang gospel. It took me a while to work ou that they were Heirs to the Kingdom of Heaven.

"Mmmm...barbershops...regular-guy manliness!" I thought. But when they stepped out on stage, feh.

Geldings, the lot of them. Senna summed it up best. "Those outfits belong behind the counter at Jiffy Lube." 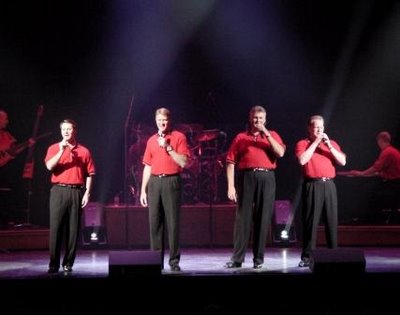 Don't get me wrong. These fellows were exceptional. Perfect vocal craftsmen. But for guys singing spirituals, maybe they lacked a little in the soul department. But what does an atheist like me know about souls? 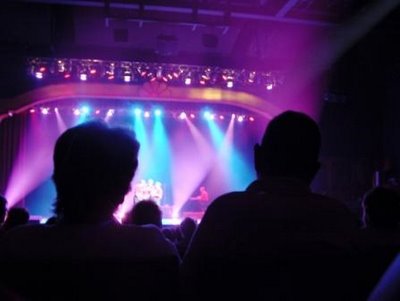 We spent the rest of the day noticing Freudian slips and double entendres, especially in the religious artefacts shop. 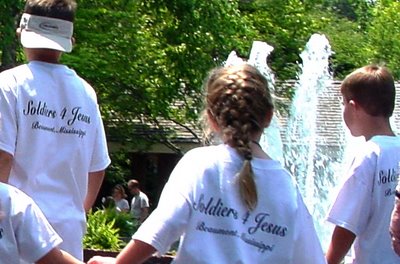 We drove straight back to Greensboro that evening. Master Right and I spent the night pumping out our sexual frustration. Apparently, Senna and the Goddess stayed up to the wee hours in the kind of tense emotional discussions which men have no patience for. By the morning, our favourite lesbians had decided to move on. Of course, they were too polite to show it.

Well, maybe it showed a little. Senna invited her ex-boyfriend to dine with us that evening.

P.S. I'm not entirely sure that one is allowed to publish photos of performances within the park on a website. If the Kingdom Heirs wish for me to delete their likenesses, please let me know. Same goes for that charming pic of Dolly at the top, sourced from the Dollywood website.

Posted at 12:00 AM in Amerika, Assorted Faggotry, Men and Their Minds, Stupid Slice-of-Life Shit that's Supposed to be Charming, The Husband's Most Honourable | Permalink | 0 comments