Home The Honourable Husband The International Day to Bite Me Subscribe
Wordless Wednesday
Our sushi snobbery is legit.

Waking up from the American Dream, Part One. 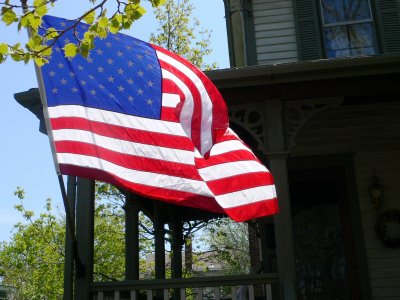 Am I the only one who sees a train wreck coming?

Don't get me wrong. I'm all for change. Hell, I voted for change. And thank goodness that change has come.

Changing presidents is the easy bit. Changing America will be tough. Some treasured American values need an overhaul.

Many would argue that rather than change, American values must change back. Back to an earlier, purer, more noble version of themselves.

Whatever. The truth is, my fellow Americans need to look hard at the values by which they live today, and not flinch when they see hypocrisy, shallowness, inhumanity and falsehood.

It takes moral courage to do this; you must be open to truth, from any source. Stop buying half-truths ready-made, cloaked under religious rhetoric, or cooked in glib sentimental goo.

What values need to change? Here's one. 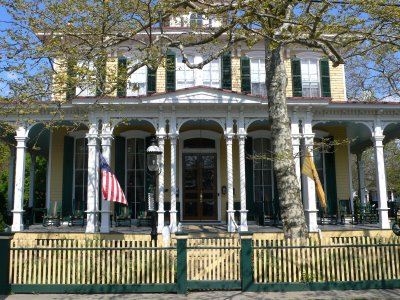 The marketplace is moral.

Victoria de Grazia opens her book Irresistible Empire, the classic study of how American consumer society triumphed over European bourgeois civilisation, with an astonishing scene.
She recounts Woodrow Wilson's 1916 address to the World Salesmanship Congress in Detroit. With the American century still a decade away from its first spectacular cycle of boom-and-bust, he argued, with touching innocence, that greed is good.

America's "democracy of business" had to take the lead in "the struggle for peaceful conquest of the world," Wilson said...
"let your thoughts and imagination run abroad throughout the whole world, and with the inspiration...that you are Americans and are meant to carry liberty and justice and the principles of humanity wherever you go, go out and sell goods that will make the world more comfortable and happy, and [thus] convert them to the principles of America." (pp. 1-2)

Over the next several pages, de Grazia analyses Wilson's assumptions in eloquent detail. She describes a caste of mind which I find familiar from my American boyhood.
If the gentry turn up their noses at the great unwashed, then one should use the power of mass production to make soap cheap enough for them to buy. Pretty soon, the great unwashed will look pretty clean and smell pretty good, and the gentry will seem a whole lot less genteel by comparison. The influence of the wicked old gentry will fade away, along with their silly elitist ideas. Democracy triumphs, and freedom reigns supreme.

So pervasive is this notion through the United States, that many have ceased to see material goods as a means to an end, but as the end in itself. 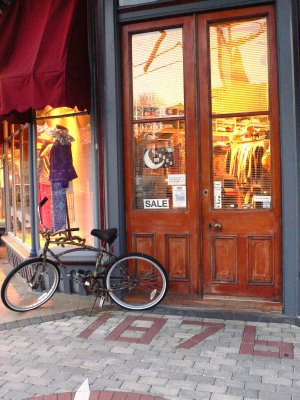 But consuming in quantity does not equal living in freedom.

You can walk right into any American supermarket you damn well please and vote with your wallet for Liquid-Plumr® over Drano®. Is that the beginning and end of freedom? Are these the fruits of democracy? You'd be surprised at how many Americans believe so.

De Grazia points out that Wilson endorsed "a peculiarly American notion of democracy, that which comes from having habits in common rather than arising from equal economic standing, freedom to select far fetched alternatives, or recognising diversity and learning to live with it." 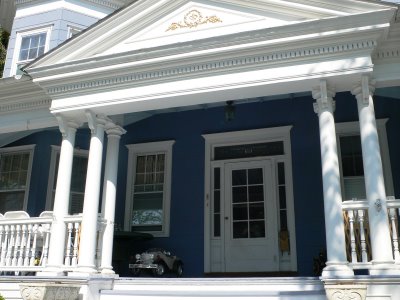 That is, if billionaire George Bush drives a pick-up truck, and I drive a pick-up truck, then the difference in our incomes doesn't matter all that much. Homogenised tastes iron out political differences. Promoting that homogeneity furthers peace and progress. Right?
(Elections have been won and lost in America for the sake of homogenous tastes. Earlier this month, 48% of America voted the Republican ticket. Many of these voters did so, at least in part, because it contained a hockey/soccer mom just like us. More about that later, perhaps.)
Does it work?
Let's make a value judgement on this system of values. Does it work?
Recent history vividly shows that this sea of material goods is not, to stretch a metaphor, a tide that lifts all boats. The gentry hasn't drowned in an ocean of the gentrified middle class. If anything, the worker's quest for material comfort has enriched the elite far more handsomely than it has enriched the worker.
Getting richer doesn't guarantee that a worthwhile democracy will take root, as is implicit in Wilson's argument. "Liberty and justice, and the principles of humanity" don't necessarily follow from owning a lot of stuff.
Look at the Middle East or China. There are plenty of ways to get rich, and not all of them are the American way.
Nor does democracy make you rich, automatically. Just ask a South African township worker, or a disappointed eastern European after the Iron Curtain fell. 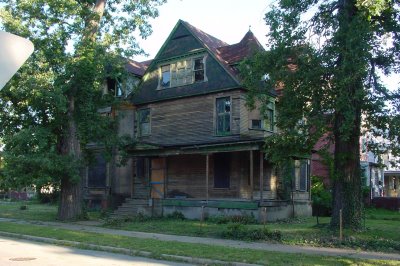 The marketplace is incredibly good at sorting out, and providing in abundance, what is useful. But that misleads us. An abundance of useful stuff doesn't guarantee that amongst it, you'll find what is essential.
Like healthcare. Or education. Or art. Or justice. Or equality. Or peace.
Modern Americans seem to believe that if you just get rich enough, everything else will sort itself out. From there, it is not a long stretch to believe that getting rich is the only way to sort everything out. If we're all fat and happy, what else matters?
Shovel enough Oldsmobiles, Pop-Tarts, Magnavoxes and Cheez-Whiz in my direction, and do I really need to marry the man I love? If my supermarket shelves are well stocked, is it important that the local library's shelves are not?
I'm not knocking materialism--hey, I work in advertising. But it it's a pretty poor place to search for values.
Modern American values are so entwined in materialism, that it will be a hard habit of mind to break. Can we do it? I hope so. 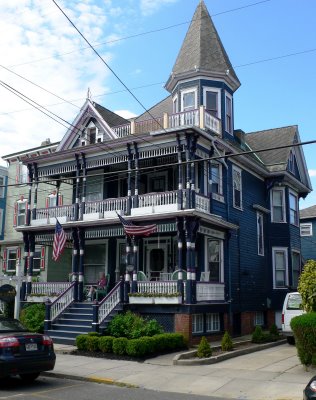 Photos from Cape May, New Jersey, April 2007, and the Woodbridge neighbourhood of Detroit, 2004.
Cape May is a classic, picturesque American seaside resort, popular for weekends away from Philadelphia or Washington, D.C. Some time ago, the town's hotels and guest houses were booked out by Disney executives. Locals were abuzz with speculation that they might see a new Disneyland nearby. Alas, the Mousers were in Cape May to rip it off; the town of Celebration, Florida is an ersatz Cape May. Celebration is so creepily fake, that they filmed The Truman Show there.

Posted at 12:00 AM in Amerika, I was just thinking, The Husband's Most Honourable | Permalink | 0 comments